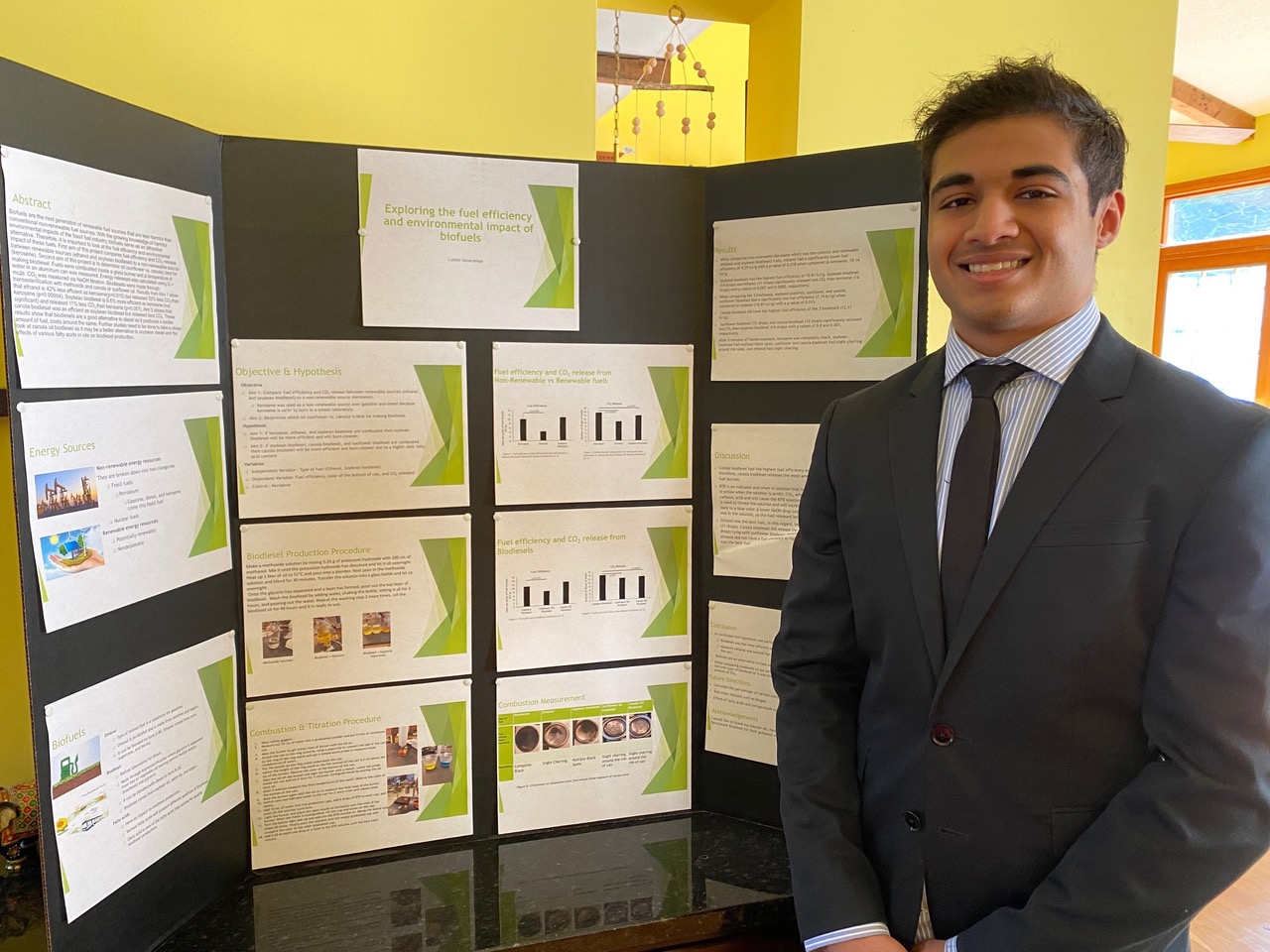 Exploring the fuel efficiency and environmental impact of biofuels

How does fuel efficiency and release of carbon dioxide compare between renewable sources (ethanol and soybean biodiesel) and a non-renewable source (kerosene)? Which is best for making biodiesel, canola or soybean oil?

Biofuels are the next generation of renewable fuel sources that are less harmful than conventional non-renewable fuel sources. With the growing knowledge of harmful environmental impacts of the fossil fuel industry, biofuels serve as an attractive alternative. Therefore, it is important to look at the fuel efficiency and environmental impact of these fuels. First aim of this project compares fuel efficiency and CO2 release between renewable sources (ethanol and soybean biodiesel) to a non-renewable source (kerosene). Second aim of this project is to determine oil (sunflower vs. canola) best for making biodiesel. Fuels were combusted inside a glass burner and temperature change of water in an aluminum can was measured. Energy released was calculated using Q=mcΔt. CO2 was measured via NaOH titration. Biodiesels were made through transesterification with methoxide and canola or sunflower oil. Results from Aim 1 show that ethanol is 42% less efficient as kerosene(p=0.015) but released 32% less CO2 than kerosene (p=0.00004). Soybean biodiesel is 6.6% more efficient as kerosene (not significant) and released 11% less CO2 than kerosene (p=0.007). Aim 2 shows that canola biodiesel was as efficient as soybean biodiesel but released less CO2. These results show that biodiesels are a good alternative to diesel as it produces a similar amount of fuel, costs around the same. Further studies need to be done to take a closer look at canola oil biodiesel as it may be a better alternative to soybean diesel and the effects of various fatty acids in oils on biodiesel production.