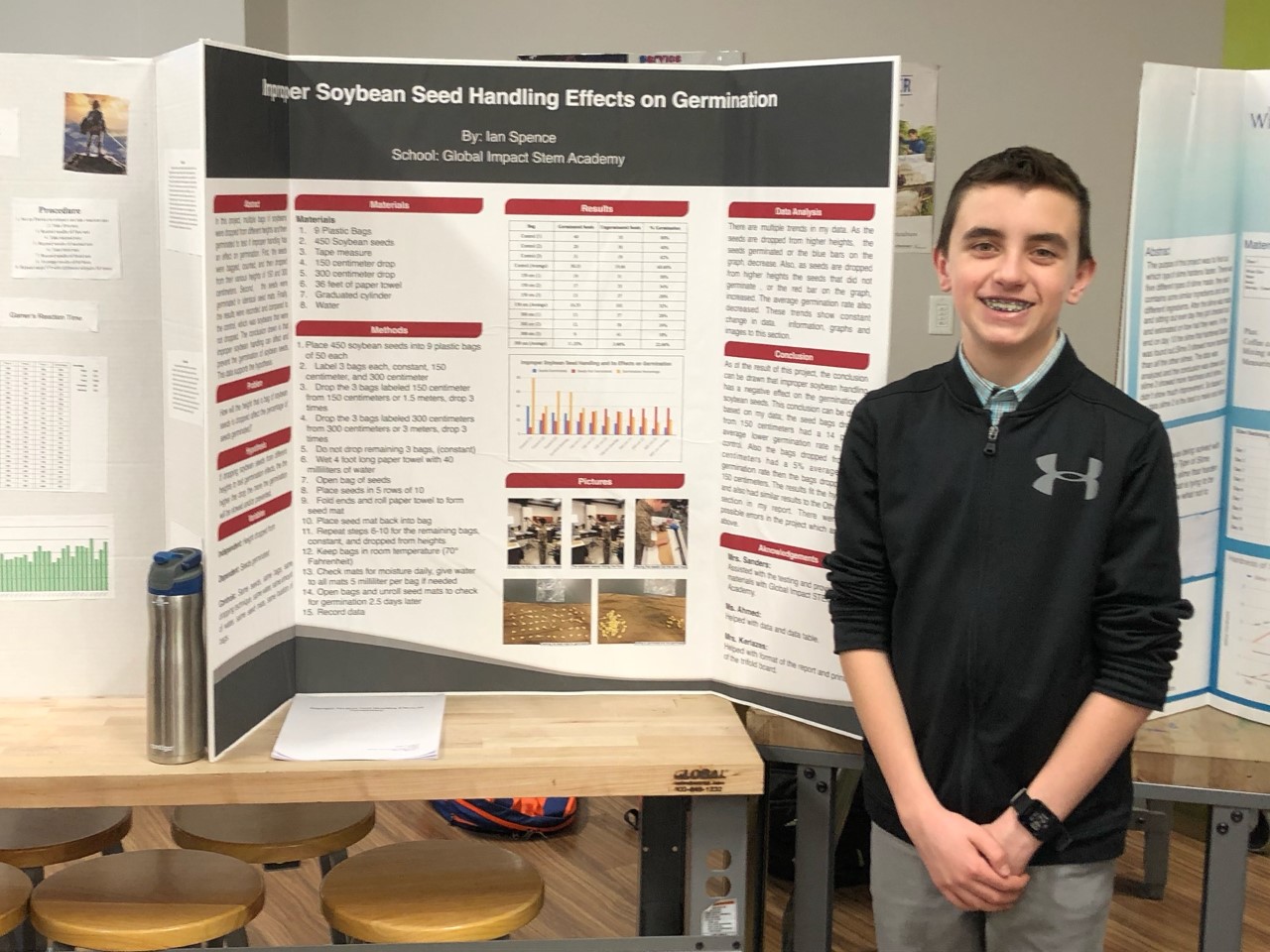 What is the effect of improper handling of soybean seeds on germination rates?

In this project, multiple bags of soybeans were dropped from different heights and then germinated to test if improper handling has an effect on germination. First, the seeds were bagged, counted, and then dropped from their various heights of 150 and 300 centimeters. Second, the seeds were germinated in identical seed mats. Finally, the results were recorded and compared to the control, which was soybeans that were not dropped. The conclusion drawn is that improper soybean handling can affect and prevent the germination of soybean seeds. This data supports the hypothesis and other research done.