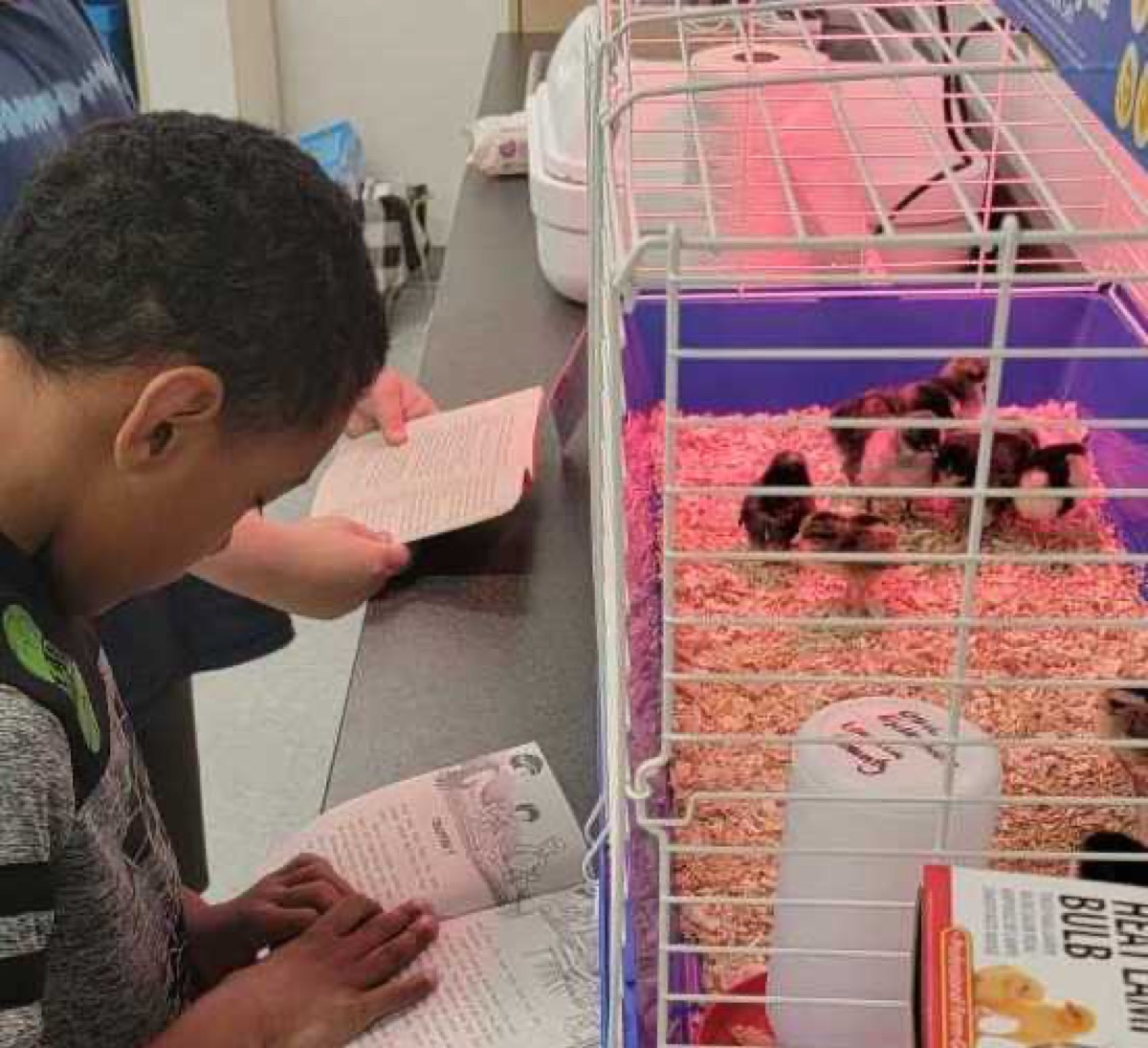 Melanie Smith, Amy Chizmar, Ann Coleman, and Shellie Traut, 3rd grade teachers at Westwood Elementary in Elyria, implemented ChickQuest in a BIG way for their 84 students! “This year we had the amazing opportunity to be in a brand-new school building designed with an open concept to support 21st century learners. It truly lends itself to critical thinking, problem-solving, the design/engineering process, and working in teams. With that in mind, we decided it would be best for the students and teachers to work together and get the full experience that ChickQuest has to offer. Some teachers had previously hatched chicks, so it was great to plan and discuss the lessons together.”

“Starting on Day 1 when the chicks arrived, the students beamed with excitement and anticipation of the day that the chicks would hatch. They immediately began learning about the best habitat for a chick and parts of a fertilized versus an unfertilized egg. They collected daily data on the temperature and humidity of the eggs as well as recorded observations, predictions, and questions about what they saw in the incubator.

“Students did several experiments involving measuring eggs and investigating the structure and design of the egg shells. We were all surprised that we could put ten reading books on top of the eggs and they didn’t break! Students researched famous scientists, egg-laying animals, and how to classify animals. They learned how scientists use technology and engineering within their careers and also read books about different sciences they could study. They even explored the physics of science.

“They worked daily using hands-on activities that produced meaningful inquiry-based lessons. Cooperative groups planned and executed both the egg drop experiment and building a bird’s nest. The students were engaged when completing the various experiments. Some students even brought in extra supplies when we built the birds nests, as well as three actual bird’s nests.

“The students loved checking in on the chicks every morning and were so excited when they started to hatch. We were able to hatch a total of 20 chicks! They loved having the experience of seeing the chicks hatch. The videos were fun to watch every day. When they were observing, they liked that the chicks looked at them and they were so cute! They observed the chicks’s behavior and identified the “bully” chick. They also enjoyed collecting the daily data to put in their individual logbooks. The activities were fun to do, especially when we dropped the egg into the egg catcher and when we experimented to see if the eggs in the water would float or sink.”

Students’ comments about the program:
“I was excited to see the chicks hatch.” (Camden)
“They were chirping and they were so fuzzy.” (Ka’Marah)
“I liked when we watched the chicks and they were hiding.” (Jazmere)
“The best part was hatching the chicks!” (Jackson)
“The best part was when the principal, Ms. Gatten, dressed up as a chicken and came to our room to do the chicken dance.” (Elijah)
“It was a long journey for the chicks to hatch.” (Savanah)
“I couldn’t sleep because of how excited I was for them to hatch.” (Charity)
“I would love to hatch chicks again.” (Zainelis)

What would you say to teachers who might be considering team teaching CQ?
“Don’t be worried or nervous! The support that we received from Sally Hennessy and The Ohio State University Extension was exceptional! Your classes will love the experience and be excited to watch the chicks hatch and grow. The students had a chance to problem solve and work together in groups, and it was great to see how they used their critical thinking skills. If you want your students to be engaged, then THIS is the project for you. It really was the most exciting project we have done in our classroom!” 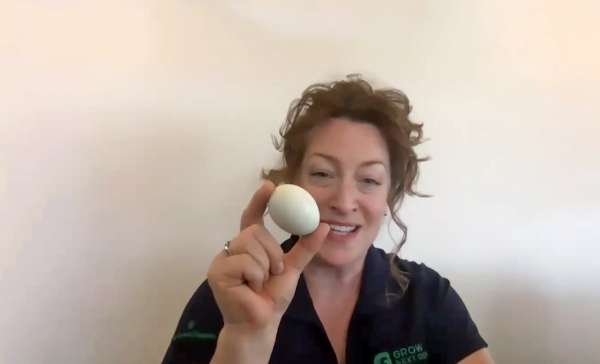 May 8, 2020
When schools closed due to COVID-19, teachers were asked to convert their classroom lesson plans for distance learning. GrowNextGen provided a collection of virtual resources to support these efforts, but we wanted to do more. Enter ChickQuest …
article 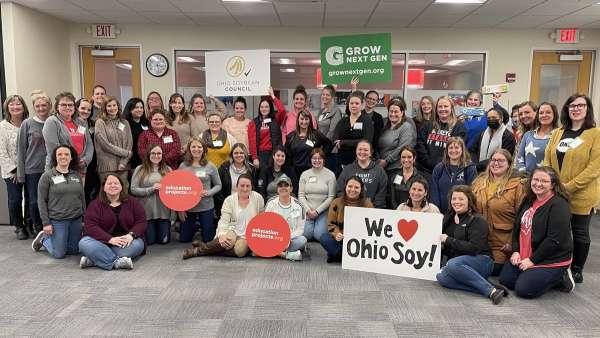 Mar 31, 2022
48 Ohio educators gathered in Akron last weekend for an all-day training in STEM activities and more. These dedicated teachers were willing—even enthusiastic—about giving up part of their weekend to be able to attend ChickQuest. …
article 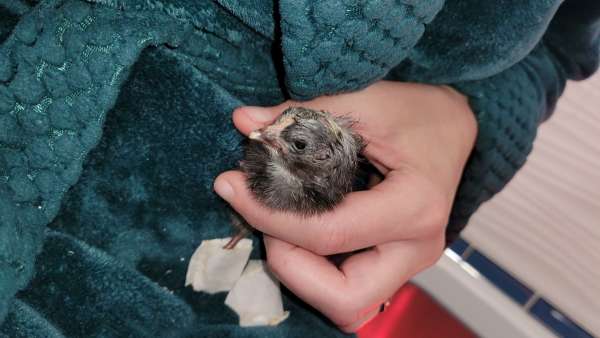 ChickQuest, including some chick doctoring, too!

May 31, 2022
South Range Elementary teacher Tawny Tharp won grant materials to share ChickQuest with her third grade students. “I have been having a fun time with my students during the month of May while we waited for our incubated chicks to hatch! One of our …
article 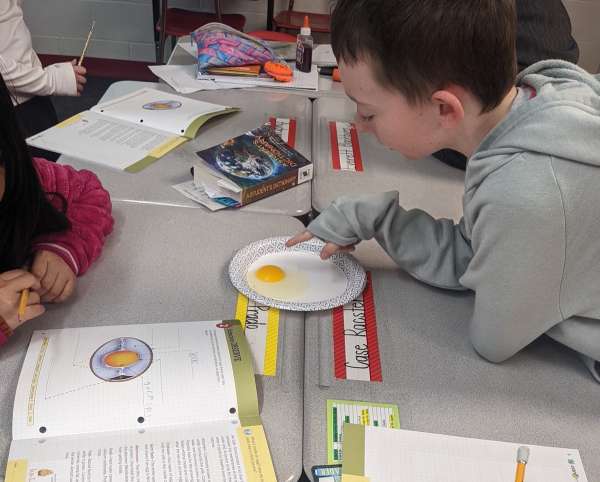 Apr 29, 2022
Stephanie Sudhoff of Van Wert Elementary shares about her use of ChickQuest materials provided through the grant program: This late in the school year, it can be very challenging to keep students actively engaged in learning. The ChickQuest logbook …