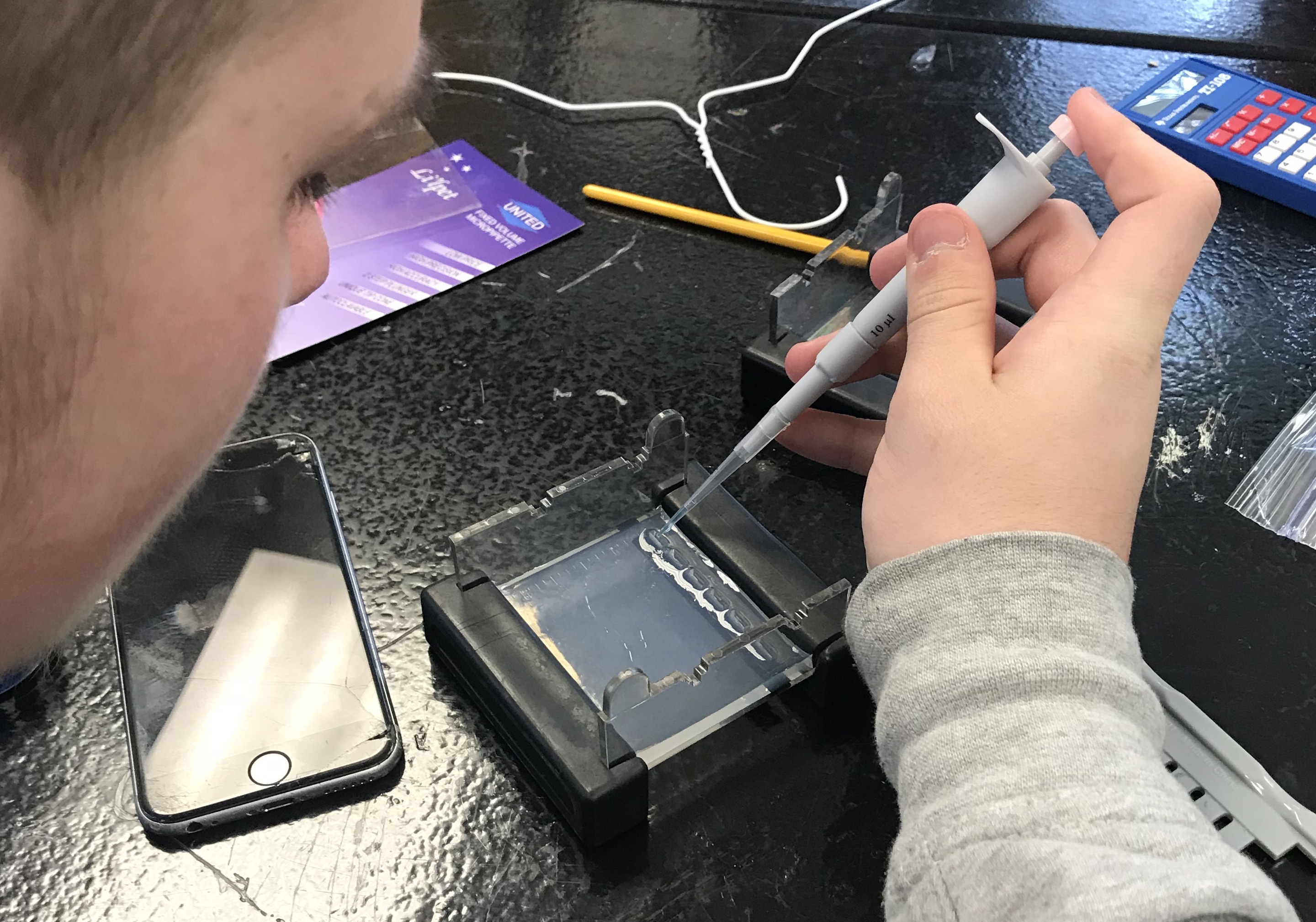 News
Getting students ready for science testing—state and AP

Getting students ready for science testing—state and AP

Chillicothe High School teacher Jamie Metzger directs the Science Lab, a remediation class for those students who need to get higher points on their State Biology test. Last year, the test included many DNA and gel electrophoresis questions, so Metzger specifically built part of their Biotechnology unit around these topics, hoping to improve scores.

Metzger presented the Moving Genes activity. The students did the restriction enzyme sequence on paper to see what ‘sticky ends’ were and the arrangement of DNA strands, then moved into the gel electrophoresis activity.

Metzger said, “They loved it! It was right before the state test last week, so I’m hoping what they didn’t get last year will have sunk in enough for them this year! They made the gels, they loaded the wells, and they observed the ‘DNA’ movement. Then they were able to read the gels and understand the matches and non-matches.”

Metzger used the Future of Food with her AP Environmental Science class. They discussed modern agriculture, with students predicting farming in the future will be primarily robotic. Metzger shared lots of pictures of farming in the past compared to the present. She commented, “Most of my students haven’t ever seen a tractor working in the fields, and if they had, they didn’t understand what was happening. So tracing the history of farming opened up their eyes. We went from horses and oxen through the huge machines we have on our farm now. They all wanted to take rides in the combine after the discussions!”

As a pre-assessment to the GMO unit, students completed the e-learning course What Do You Know About GMOs, and at various points throughout the unit, also used the e-learning courses Soy Protein and World Hunger and Food Science and Technology. Metzger said, “Many of the students were anti-GMO, so we used that as our jumping off point. We looked at the pros and cons of GMOs and organic food. The students used that information to divide into two groups and perform a debate. They used the research chart and fact sheet in ‘Understanding GMOs’. The debate got quite heated a couple of times, but believe it or not, we got a few students to change their viewpoints about being anti-GMO.”

Metzger said the Ag Biotech workshop was very helpful to her as a teacher. “I wasn’t really sure what to expect at the workshop except that it was biotechnology based. I knew the Ohio Soy Council was a big part of it and with my husband being involved with that, I decided to see what it was about. I was blown away by the networking that occurred with other teachers as well as those people in the ag industry. I had so much fun! I had always read in books what gel electrophoresis was, but never had the chance to do it, even in college! So after I performed it in the workshop, and then we were given the free equipment, I got really excited. I knew this was something our kids heard so much about and were tested on, but never got to perform and didn’t really understand it. This was my chance! I was also very inspired by the teacher leaders and became one myself. This workshop and the curriculum and resources it offers help me bring agriculture into subjects and classrooms that might never learn about it in such a first-hand manner. Thank you again, Ohio Soybean Council!” 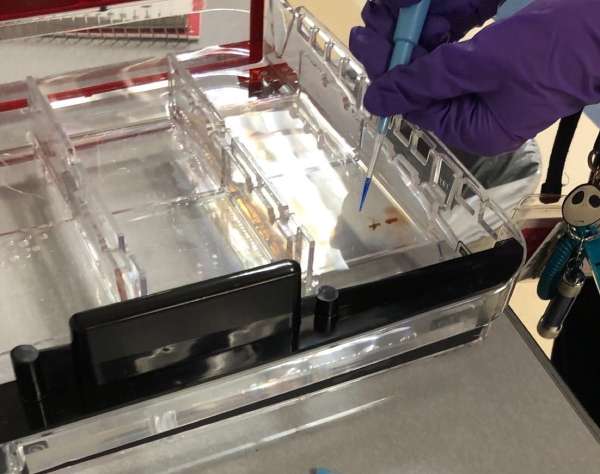 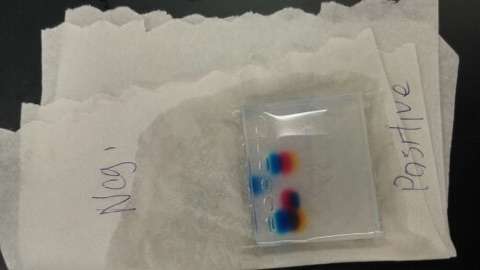 Feb 7, 2017
After attending last summer’s Ag Biotech Academy workshop, Catherine Ledford-Jones used the gel electrophoresis lesson with her biology class at Dixie High School. The workshop provided an opportunity to go through the lab in order to be familiar …
article 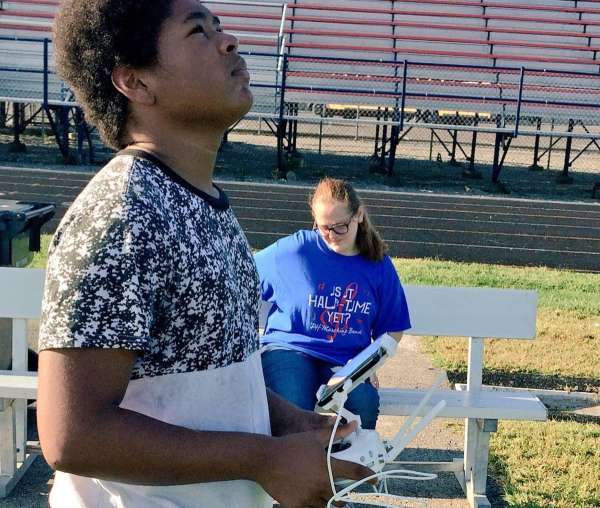 Sep 21, 2018
How would a Horticulture and Technology instructor incorporate drones in his classes? Gabe Oberlin, a teacher at Patrick Henry High School, used drones with his 8th grade Plant Science and Technology class and his High School Turf Science & …
article 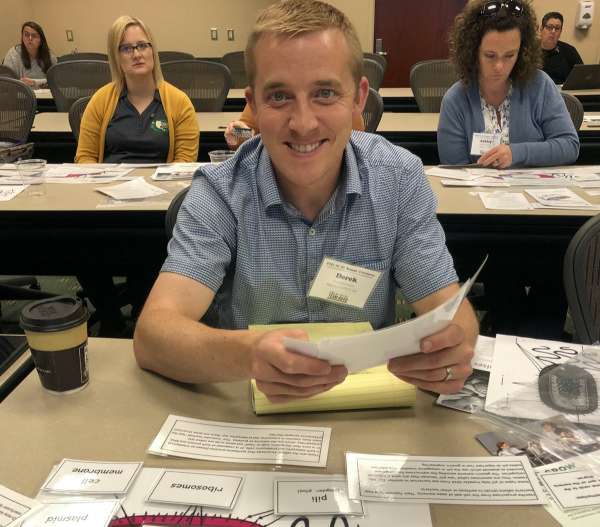