ChickQuest: not just for elementary students!

The typical ChickQuest teacher is in an elementary school, but the program can be tweaked to accompany higher grades. Jennifer Scheidler teaches Academic & Accelerated Biology at Sycamore High School. Here, she explains how she incorporated ChickQuest into her classes:

After taking the time to introduce some background knowledge, I basically provided a nearly daily update using a slide deck I called “Chicken Nuggets”. We spent about five minutes at the beginning of each class discussing development and recording daily data, watching for temperature and humidity differences.

After the hatch, we analyzed the data we collected and discussed all the possible reasons why only 3 of 12 hatched. One egg was kind of rough on the outside when we received it and that one had cracked and leaked on the side, which I could not see until I pulled them out on day 18. The other big event was that at the end of the second week, I was absent on Thursday and Friday. When I checked Monday morning, humidity was only at 35%.

**ChickQuest fit well with the state biology standards. Several of the activities in the ChickQuest book were part of Scheidler’s regular lessons. These included “Measurement Hypothesis—do eggs have pores?” and “Classification”, which she had covered earlier in the year. Terms such as cell composition, cell differentiation, evolution - comparative embryology, mitosis/meiosis, genetic variation
and others are part of her biology curriculum. 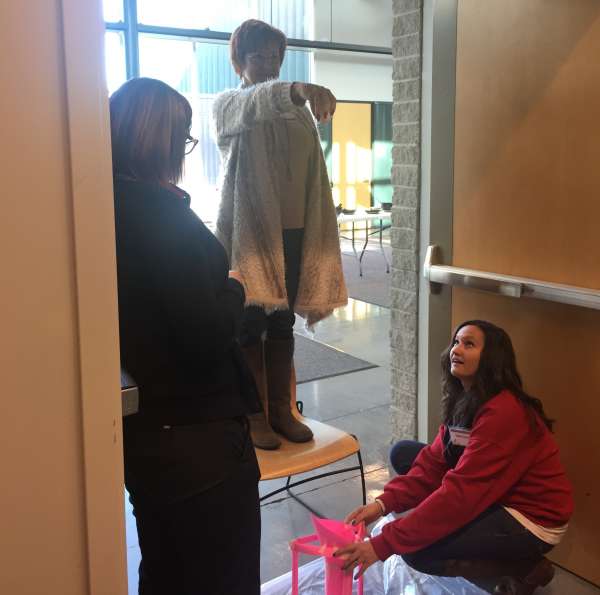 Nov 14, 2015
32 teachers met at the 4H building on the Ohio State University campus for this fall’s ChickQuest workshop. Presenter Jeanne Gogolski took the participants through the ChickQuest curriculum, demonstrating the many hands-on STEM activities involved. …
article 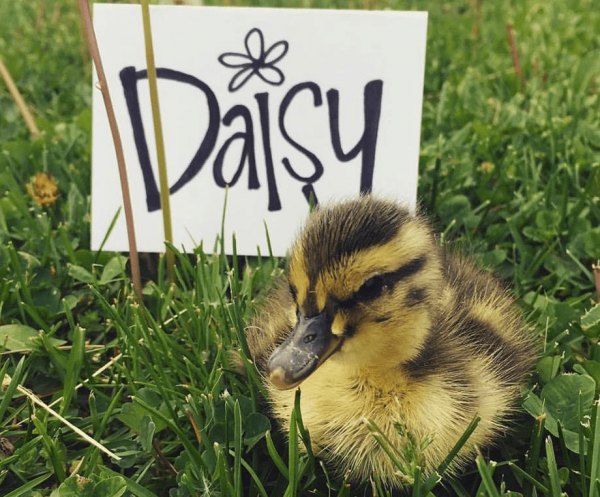 A chance to try DuckQuest! 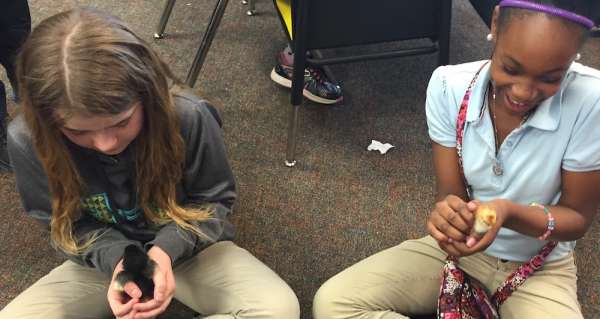 A favorite part of 4th grade 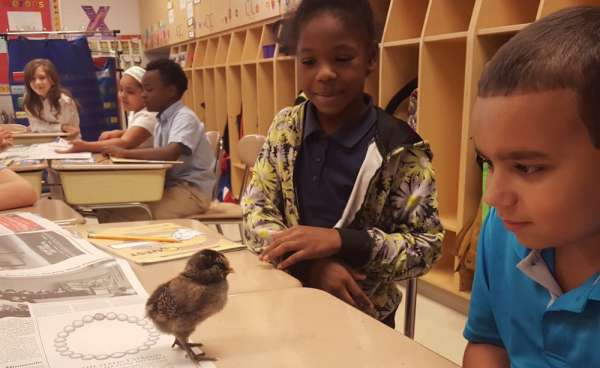 An engaging experience at Almira Academy

Mar 17, 2017
Desiree Volney teaches 3rd grade at Almira Academy in the Cleveland Metropolitan School District. She attended a ChickQuest workshop and said, “My students really enjoyed the program. They were completely engaged throughout each lesson and could not …