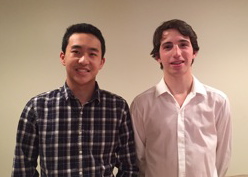 On GrowNextGen’s new Student Research page, it is now possible for students to share information about their science experiments and research projects. Nikolas Grotewold and Henry Wu, winners of the OSC’s Team Award at The Ohio Academy of Science State Science Day, are the first young researchers to have contributed to the site.

Grotewold and Wu conducted research to identify the gene that allows Arabidopsis plants to grow ‘hairs’. These hairs act as a natural defense system for the plant, protecting it from pathogens like insects and bacteria. “If plants have these hairs, the farmers won’t have to use pesticides which can be harmful to humans and beneficial insects like honeybees,” said Grotewold.

The boys, both juniors at Upper Arlington High School, have known each other since sixth grade and enjoy doing science experiments together. Their parents are all scientists. “Having a science background helps us to want to study and also gives us someone to ask if we have questions,” said Grotewold. He became interested in plant genetics after spending time working in the Arabidopsis Biological Resource Center at OSU.

Part of the project involved looking at Arabidopsis plants in different parts of the world to see if they had plant hairs. “Some in Europe had much longer hair. The hairs could be on the stems or leaves. Some were just along the edge of the leaves,” Grotewold explained. Different conditions and pathogens can influence the hairs’ growth. The next step of their research, now that they have identified the hair-producing gene, will be to use GMO technology to insert the gene in other plants, causing hair growth or stimulating greater growth. This kind of plant modification, already being done on soybean plants by companies such as DuPont-Pioneer, would create varieties designed for the conditions and pathogens in specific areas. These soybean plants would be more likely to thrive and produce high yields. 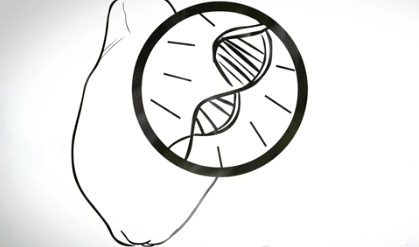 How are GMOs created? 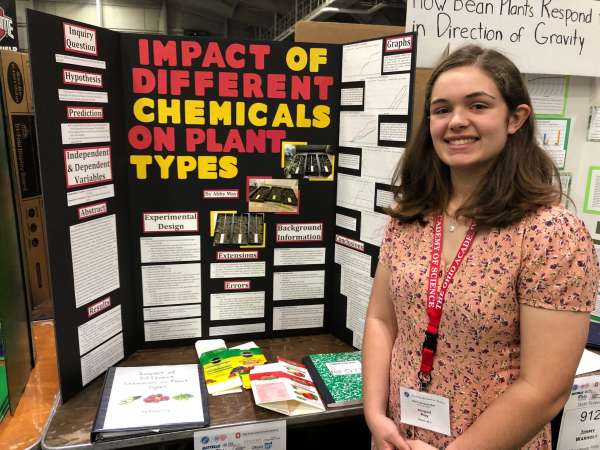 Congratulations to these 2019 winners!

May 23, 2019
Give ’em a hand, folks! These are the winners of the Ohio Soybean Bioscience Award, sponsored by the Ohio Soybean Council. These projects were judged at State Science Day at the Ohio State University. Winners will be invited to share their research …
article
article

Jan 28, 2015
Smaller than a pea, but used in hundreds of ways: You can’t do that with just any bean! Ohio is the 6th largest soybean producer in the United States. Many amazing uses have been found for soybeans, using science to produce new products. The Ohio …
article 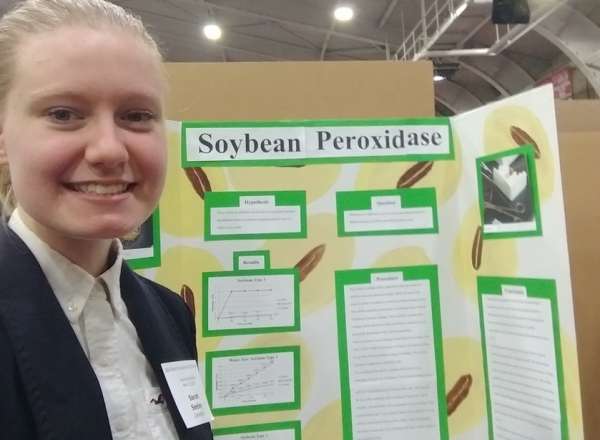 May 31, 2017
Sarah Seeley, a junior at Benjamin Logan High School, was the second place winner of the Ohio Soybean Council State Science Day award. Seeley’s project tested which type of soybean has the most peroxidase. Peroxidase is an enzyme found in soybeans …