What Students Learned When They Made Robotics Relevant to Their Lives

A few years ago, toward the beginning of my journey into robotics, I mentored a team for a local competition. We were on our way to building a Tetrix Prime robot from a kit, when the unimaginable happened—our team’s laptops went missing—and with them, all of our code and design work. While we were no longer able to compete in the local competition, this blow to our team was but a temporary setback.

Shortly after a student on the team came to me asked, “Can we build some real robots? Ones that aren’t toys?” We were building real robots, but I realized they were looking for something a little more practical and relevant to their experience at school, so I asked what they needed help with. That’s when one of the girls piped up. “Can we build a robot that can go outside in the rain and take care of our chickens?” she asked. “I don’t like getting wet!”

At the time I was teaching science at a St. Louis-area school with its own working farm. My 4th-12th grade students didn’t learn in an actual classroom, but rather in an undefined work space, which included the schoolyard farm and a nascent makerspace with a handful of robots. My current school, The Fulton School in St. Albans, Mo., also has a farm and students care for goats, beehives, chickens, garden beds, compost piles and hydroponic systems. Chores have been an important part of the school day at both of these schools, and a robot that could help with them would be much more relevant to my students’ lives than one that could do a choreographed dance or shoot a basketball. So we decided to give it a try.

After some research the students and I discovered that our Tetrix Prime kits could pair up with our Lego Mindstorms kit and then, in their words, “we can build real robots to do our farm chores.” There is something about an aluminum frame robotics kit that just makes the task feel more “grown up.”

My initial experience of coaching a competition robotics team led me to develop a farm-based, robotics makerspace, which combines individual lessons, student engagement and the great outdoors. I call this type of student-centered teaching Problem-Based, Place-Based, Project-Based Learning, or PB3. My students define their own problems—like how to automate chores over the weekend—and are given freedom to find and implement solutions via robotics and STEM classes. Taking a farm-based approach to PB3 learning opens the door to so many real world, authentic problems that need to be solved.

Back when we were building a competition robot I noticed a handful of more aggressive boys were taking over the build, while my girls, who were less confident in their abilities, sat on on the sidelines. Once students started defining their own problems and projects, they began to collaborate more. Before long, advanced students were working on solving more challenging problems, while students who once sat off to the sides were able to work on projects appropriate for their skill level. As a result, the unhealthy competition and comparison between students has dissipated. No one is graded in my STEM and farm classes, which means that students are comfortable to take risks and fail without fear.

One of my students, Fred was once a dominant force during our robotics competition days. When we moved to purpose-built robots, he began a project which involved making a chicken feeder that our chickens could use on weekends, breaks and rainy days. Working on a project alone, he no longer mowed everyone over with his aggressive personality. In fact, he started asking the girls for help when he got stuck. Fred wanted to build a feeder that worked, and that motivated him to really listen to other people’s ideas.

At the same time, two girls who took a back seat during the competition also started to flourish. Both girls were deeply in-tune with our schoolyard chickens and had a great understanding of their needs. The girls worked side-by-side and decided that they wanted a robot to collect eggs, as well as to build a robot that could open and close the chicken coop door.

This project became more involved than I ever could have imagined. First of all, the girls confided to me that “chickens don’t like robots!” As I guided the girls to read about Pavlov’s experiments rewarding dogs, the girls came up with their own chicken behavior modification experiments, using buttered corn on the cob as a reward for nondestructive behavior. The girls tied strings onto the robots in attempt to get the chickens to stop pecking at the electric wires. And when they found that the hens didn’t always lay their eggs in the exact same position every day—which meant their robotic arm would smash several eggs, making for a messy cleanup—it just gave them another problem to solve.

At my new school, which uses a modified version of PB3, students are discussing the best way to scare away the clever neighborhood fox that has a taste for our chickens. They’re also considering a robotic monitoring system to keep track of our two goats—one of whom is an escape artist. And pretty soon they will be using engineering to retool the hydroponics system that was built during a previous school year. Each of these projects was dreamed up by students because they saw a problem and an opportunity to use their developing STEM skills to solve it.

While my current students at The Fulton School still work with robotics, and on a farm, the program has been scaled back a bit (mostly due to lack of budget). I’m currently looking for a new source of funding but in the meantime, as part of the PB3 Learning process, my students and I work on grant writing throughout the school year. A great frustration for me is that my students tend to have grand ideas that take a back seat due to the size of our budget.

Outside the farm, I have students who are working with a local nonprofit, called Friends of the Rainforest, to design STEM lessons that can be shared with students in the St. Louis area. High school students are working to design a story that helps to bring awareness to elementary students on the importance of protecting biodiversity in the rainforest. But that presented yet another new problem since they won’t be able to present the storyline in every class that adopts the curriculum.

Before long, the students had a solution: They’re programming a robot to help. 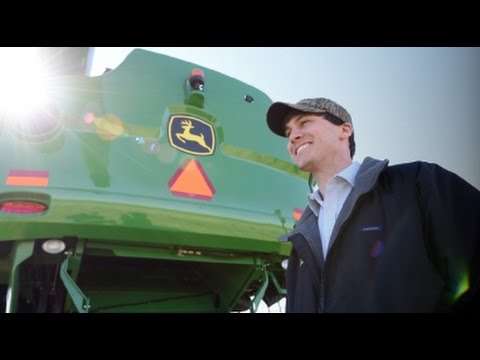 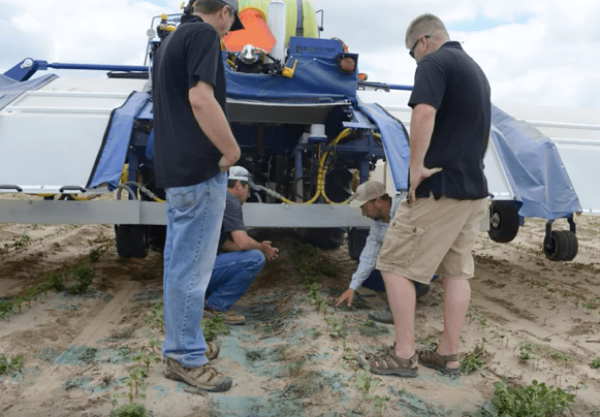 Feb 17, 2020
How does technology connect with farming? What was GrowNextGen doing at the Ohio Educational Technology conference? We want to get students engaged with how technology enhances precision ag! Farming has gone through a variety of stages as new …
article 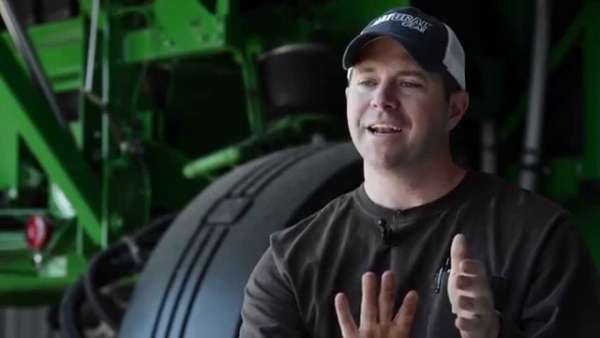